Bonsai Kitten was a satirical website which claimed to provide instructions on how to grow a kitten in a jar, so as to mold the bones of the kitten into the shape of the jar as the cat grew, much like how a bonsai plant is shaped. It was made by a university student going by the alias of Dr. Michael Wong Chang. The website generated furor after members of the public complained to animal rights organizations, who stated that "while the site's content may be faked, the issue it is campaigning for may create violence towards animals", according to the Michigan Society for the Prevention of Cruelty to Animals (MSPCA). Although the website in its most recent form was shut down, it still generates (primarily spam) petitions to shut the site down or complain to its ISP. The website has been thoroughly debunked by Snopes.com and the Humane Society of the United States, among other prominent organizations.

BonsaiKitten.com is mirrored by many sites today, for example ding.net/bonsaikitten. The nature of the site is such that BonsaiKitten.com was put forward as real, with many animal rights activists still taking issue with the context of the website. Reportedly, petitions for removal of the BonsaiKitten.com web address are more widespread in countries where English is spoken as a second language,[citation needed] and therefore, people may only see the content of the website's photos, which, in its most up-to-date format, consists of several photographs of a kitten inside of a jar.

On October 30, 2000, BonsaiKitten.com was a focal "Cruel Site of the Day" on the website Cruel.com. When this attracted complaints, Cruel.com removed its links to BonsaiKitten.com. Afterwards, however, when links to the BonsaiKitten.com website then spread across the world, many concerned animal lovers sent complaints to the Animal Welfare Institute and the Humane Society of the United States. Animal welfare groups made statements saying that Bonsai Kittens were not real. The URL drew criticism, which caused the initial host, MIT, to remove it.[1] 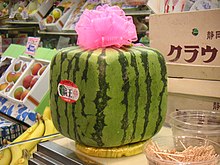 BonsaiKitten.com's pictures are the source of its controversy. They show kittens in jars, presented as real examples of the "lost art" as described on the Bonsai Kitten web page. The pictures of the kittens are, of course, naturally created, because a very young cat has supple bones, and can fit into tiny spaces with only a small amount of encouragement. The spoof, according to "Dr. Chang" is that the world increasingly sees nature as a commodity, so such a site may well be in demand. The spoof came to large-scale attention as The Cruel Site of the Day for Dec. 22, 2000, and was continually heavily condemned by most animal rights organizations, and after hundreds of people complained daily to them, they stated that even if Bonsai Kitten was a spoof it "encourages animal cruelty".[1][2][3]

The webpage being featured on the cruel.com website was significantly controversial and it was quickly removed. Initial humane society statements decrying the website as "encouraging abuse" caused local investigation, along with an FBI announcement that it was to investigate the hoax. The prosecution of the site by the FBI was welcomed by animal activists, but decried by web authorities. The FBI backed up its investigating of Bonsai Kitten by using a law passed by Bill Clinton in 1999.[citation needed] The attacking of the BonsaiKitten.com website had the effect of displacing the website, which found a new ISP two more times, before being permanently hosted on Rotten.com servers. Because the website is still kept on some mirrors, it continues

The furor over the site triggered by animal rights organizations has been off-set by their continued statements that the site itself is a fake. They have been stating this since 2001.[5][7]

Since 2000, groups such as the Animal Welfare Institute and The Humane Society of the United States have received hundreds of complaints. Animal welfare groups declared the site as fake but stated they did believe it was potentially harmful. Other animal rights groups have stated that the site creates an atmosphere of cruelty to animals. There is no evidence to date that the site is anything more than satire. Numerous authorities have advised people to stop sending complaint forms via email.

Bonsai Kitten has been further up-dated from other servers, but infrequently and slowly, with recent additions to the site being research indicating that kitty litter causes brain damage. The website states that this enhances the Bonsai Kitten art-form's practical value.[6][8]

History of the controversy[edit]

The controversy started soon after the creation of the BonsaiKitten.com website.[6] It has continued since and has been a mutually accepted target of numerous spam email pleas. These pleas rely on the audiences, often not knowing English, to spread them.[8] Consequently, these petitions are often spread via the Internet in non-English-speaking countries.[8] Blues News also provided a link, which was shortly thereafter removed from the site, as complaints against the website's existence and its content began to surface.[9]