Jump to content
From Wikipedia, the free encyclopedia
This article is about mercy killing of animals. For compassionate death in humans, see Euthanasia.

Template:Euthanasia Animal euthanasia (euthanasia from Lua error in package.lua at line 80: module 'Module:Exponential search' not found.; "good death") is the act of humanely putting an animal to death or allowing it to die as by withholding extreme medical measures. Reasons for euthanasia include incurable (and especially painful) conditions or diseases,[1] lack of resources to continue supporting the animal, or laboratory test procedures. Euthanasia methods are designed to cause minimal pain and distress. Euthanasia is distinct from animal slaughter and pest control, which are performed for purposes other than an act of mercy, although in some cases the procedure is the same.

In domesticated animals, this process is commonly referred to by euphemisms such as "put down", "put to sleep", or "put out of his/her/its misery".

The methods of anesthesia can be divided into pharmacological and physical methods. Acceptable pharmacological methods include injected drugs and gases that first depress the central nervous system and then cardiovascular activity. Acceptable physical methods must first cause rapid loss of consciousness by disrupting the central nervous system. The most common methods are discussed here, but there are other acceptable methods used in different situations.[2]

For companion animals euthanized in animal shelters, 14 states in the US now prescribe intravenous injection as the required method. These laws date to 1990, when Georgia's "Humane Euthanasia Act" became the first state law to mandate this method. Before that, gas chambers and other means were commonly employed. The Georgia law was resisted by the Georgia Commissioner of Agriculture, Tommy Irvin, who was charged with enforcing the act. In March 2007, he was sued by former State Representative Chesley V. Morton, who wrote the law, and subsequently ordered by the Court to enforce all provisions of the Act.[4]

Some veterinarians perform a two-stage process: an initial injection that simply renders the pet unconscious and a second shot that causes death.[citation needed] This allows the owner the chance to say goodbye to a live pet without their emotions stressing the pet. It also greatly mitigates any tendency toward spasm and other involuntary movement which tends to increase the emotional upset that the pet's owner experiences.

For large animals, the volumes of barbiturates required are considered by some to be impractical, although this is standard practice in the United States.[5] For horses and cattle, other drugs may be available. Some specially formulated combination products are available, such as Somulose (Secobarbital/Cinchocaine) and Tributame (Embutramide/Chloroquine/Lidocaine), which cause deep unconsciousness and cardiac arrest independently with a lower volume of injection, thus making the process faster, safer, and more effective.

Occasionally, a horse injected with these mixtures may display apparent seizure activity before death. This may be due to premature cardiac arrest. However, if normal precautions (e.g., sedation with detomidine) are taken, this is rarely a problem.[6] Anecdotal reports that long term use of phenylbutazone increase the risk of this reaction are unverified.

After the animal has expired, it is not uncommon for the body to have posthumous body jerks, or for the animal to have a sudden bladder outburst. Unlike in films, the animal's eyes do not usually close when it dies, and this has been stated purely as a drama display for pet death in movies (such as Marley & Me).[citation needed]

Gas anesthetics such as isoflurane and sevoflurane can be used for euthanasia of very small animals. The animals are placed in sealed chambers where high levels of anesthetic gas are introduced. Death may also be caused using carbon dioxide once unconsciousness has been achieved by inhaled anaesthetic.[7] Carbon dioxide is often used on its own for euthanasia of wild animals.[8] There are mixed opinions on whether it causes distress when used on its own, with human experiments lending support to the evidence that it can cause distress and equivocal results in non-humans.[9] In 2013, the American Veterinary Medical Association (AVMA) issued new guidelines for carbon dioxide induction, stating that a flow rate of 10% to 30% volume/min is optimal for the humane euthanization of small rodents.[10]

Carbon monoxide is often used, but some states in the US have banned its use in animal shelters: although carbon monoxide poisoning is not particularly painful, the conditions in the gas chamber are often not humane.[11] Nitrogen has been shown to be effective, although some young animals are rather resistant[12] and it currently is not widely used.

Cervical dislocation, or displacement of the neck, is a simple and common method of killing small animals such as mice. Performed properly, it causes instant[citation needed] death, and it requires no equipment other than a pair of gloves for protection while handling the animal. The only possible drawback is that the handler must know the proper method of executing the movement which will cause the cervical displacement. Without proper training and method education, there is a risk of not causing instant death, which can cause severe pain if done improperly.

When intravenous injection is not possible, euthanasia drugs such as pentobarbital can be injected directly into a heart chamber or body cavity.

While intraperitoneal injection is fully acceptable (although it may take up to 15 minutes to take effect in dogs and cats[7]), an intracardiac (IC) injection may only be performed on an unconscious or deeply sedated animal. In California, performing IC injections on a fully conscious animal is a crime.[13] 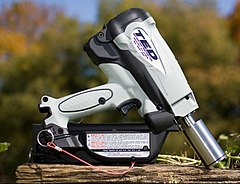 This can be an appropriate means of euthanasia for large animals (e.g., horses, cattle, deer) if performed properly. This may be performed by means of:

Free bullet
Traditionally used for shooting horses. The horse is shot in the forehead with the bullet directed down the spine through the medulla oblongata, resulting in instant death.[14] The risks are minimal if carried out by skilled personnel in a suitable location.
Captive bolt
Commonly used for cattle and other livestock. The bolt is fired through the forehead causing massive disruption of the cerebral cortex. In cattle, this stuns the animal, though if left for a prolonged period it will die from cerebral oedema. Some groups such as PETA consider this unacceptable.[citation needed] Death should therefore be rapidly brought about by pithing or exsanguination. Horses are killed outright by the captive bolt, making pithing and exsanguination unnecessary.[15]

The reasons for euthanasia of pets and other animals include: 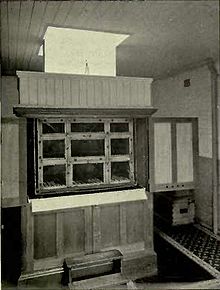 Some animal rights organizations support animal euthanasia in certain circumstances and practice euthanasia at shelters that they operate.[16]

Many pet owners choose to have their pets cremated or buried after the pet is euthanized,[17] and there are pet funeral homes that specialize in animal burial or cremation.[18] Otherwise, the animal facility will often freeze the body and subsequently send it to the local landfill.[19]

In some instances, animals euthanized at shelters or animal control agencies have been sent to meat rendering facilities[20][21][22] to be processed for use in cosmetics, fertilizer, gelatin, poultry feed, pharmaceuticals and pet food.[23] It was proposed that the presence of pentobarbital in dog food may have caused dogs to become less responsive to the drug when being euthanized.[24] However, a 2002 FDA study found no dog or cat DNA in the foods they tested, so it was theorized that the drug found in dog food came from euthanized cattle and horses. Furthermore, the level of the drug found in pet food was safe.[25]