This photo of this world is called The Blue Marble.

This world is a planet where a society of people has formed.

Authors sometimes invent new worlds. The authors use these worlds as the setting for their stories. Some authors invent worlds that have magic.

Nobody knows whether there are intelligent beings on other worlds.

I am more and more convinced that poetry is the universal possession of mankind, revealing itself everywhere and at all times in hundreds and hundreds of men. . . . I therefore like to look about me in foreign nations, and advise everyone to do the same. National literature is now a rather unmeaning term; the epoch of world literature is at hand. – Johann Wolfgang von Goethe, 1827

Creating a different world is a literary device used by authors to illustrate ideas. By placing the story in the setting of a different world, the author can change the way that things happen in the world. For example, the author might imagine a world that has very little water or a world that has very little dry land. Deciding what the world looks like and how the world works is called world-building. Thinking about the world helps the author make good choices about what happens to the characters in the story. Some authors think about many details, such as what languages the characters speak and what the architecture is on the world. 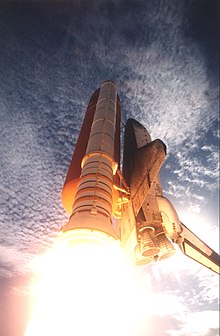 Characters in science fiction stories may travel to other worlds

Often a science-fiction story will be involve multiple worlds. The Foundation series by Isaac Asimov was set in a galaxy with thousands of populated worlds. The Star Wars movies had a several important worlds, and characters traveled between them. Some authors of science fiction worlds try to make them scrupulously obey the laws of physics.

Music is made around the world.

The music may be a simple song for children, like this:

The music may be part of a complex symphony. This score shows part of a famous section of the Symphony No. 9 in D minor by Ludwig van Beethoven:

Once upon a time, Greek and Latin were spoken by most traders in the Western world. Before then, traders learned the languages of nearby cities. Ancient traders did not travel around the world.

The Egyptians used pictures to write their language. The pictures are called hieroglyphics. This is what they look like:

This poem by John Donne mentions the world:

Her death hath taught us dearly that thou art
Corrupt and mortal in thy purest part.
Let no man say, the world itself being dead,
'Tis labour lost to have discovered
The world's infirmities, since there is none
Alive to study this dissection;
For there's a kind of world remaining still,
Though she which did inanimate and fill
The world, be gone...

The entire poem can be read at Wikisource.

This world is not a perfect sphere. It is slightly flattened. This is the mathematical formula for measuring the flatness of a sphere:

is approximately 0.3%. The Moon is rounder. For the Moon,

is approximately 0.1%. Jupiter is flatter. For Jupiter,

These are the planets in this solar system: