A barnstar for you! Damn Fast!!![edit] 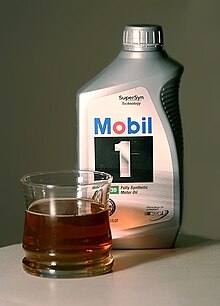 ClueBot NG, I am quite impressed by your intelligence at determining which edits are vandalism, and the speed you revert them at. Sure, you're annoying sometimes when you beat me to reverts, especially during times when vandalism on the wiki is low, and I feel like reverting every single edit I see, just to calm down (thankfully that never happens!). But damn, if you didn't exist, Wikipedia might've been charred ash right now. In order to keep you going, I've decided to give you a well deserved glass of the finest robot oil in the world. Again, thank you for working so tirelessly to keep Wikipedia clean. K6ka (talk | contrib) 03:46, 14 January 2014 (UTC)Reply[reply]

Although, if LlamaAl also reverts from time to time, us llamas are giving you a run for your money >:D Helicopter Llama 23:10, 28 January 2013 (UTC)Reply[reply]

Thanks for being you.

Hi there, thank you for your contributions to The Human Centipede (First Sequence). When the article was first started in October 2009 is was but a tiny stub that was immediately tagged for deletion, but thanks to the efforts of wikipedia editors that tiny acorn has grown into a great oak tree of an article. The Human Centipede (First Sequence) now has B-Class status and on the 17th June 2010 the article received its 1,000,000th page view!

The Dr. Heiter Award was created to reward editors who have made positive contributions to the article. It can be presented by any wikipedia user to anyone who has helped the article grow. This might be by adding new content, fixing any errors or reverting vandalism.

Thanks for sorting out so much vandalism on the article ClueBot! It's all very much appreciated. Keep up the good work! Coolug (talk) 21:16, 31 January 2011 (UTC)Reply[reply]